Our CBD resins have different flavors and concentrations of cannabinoids, you can easily find the product that suits you best

All our products respect the European legislation in force.

Resin of the month 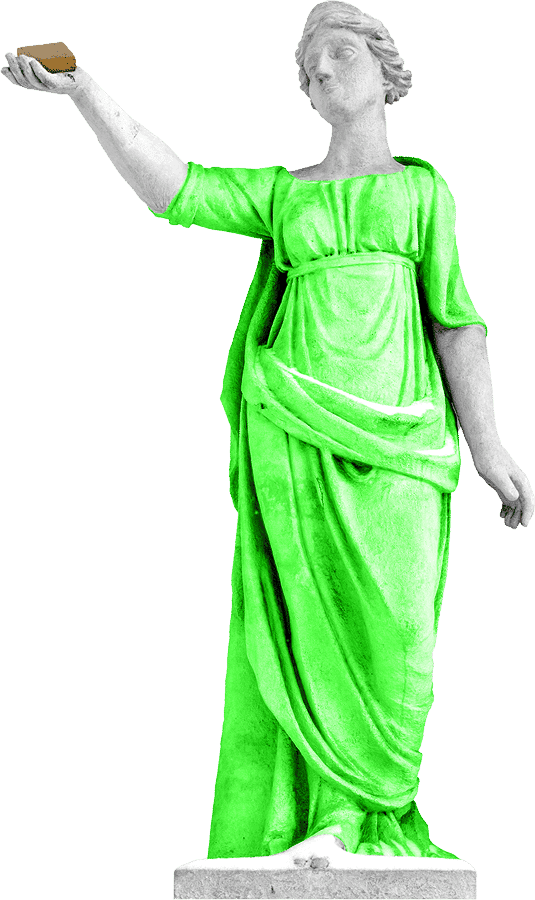 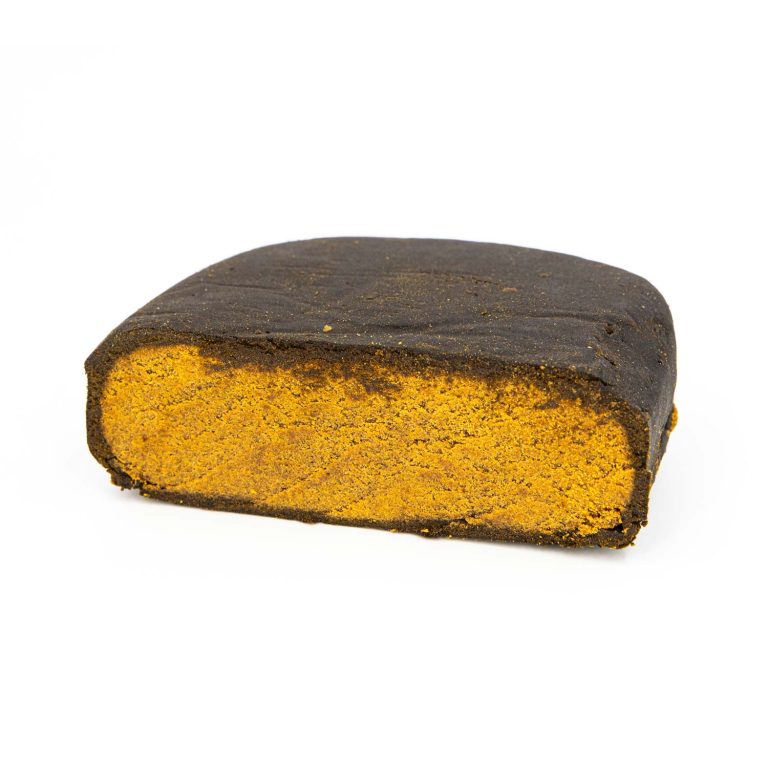 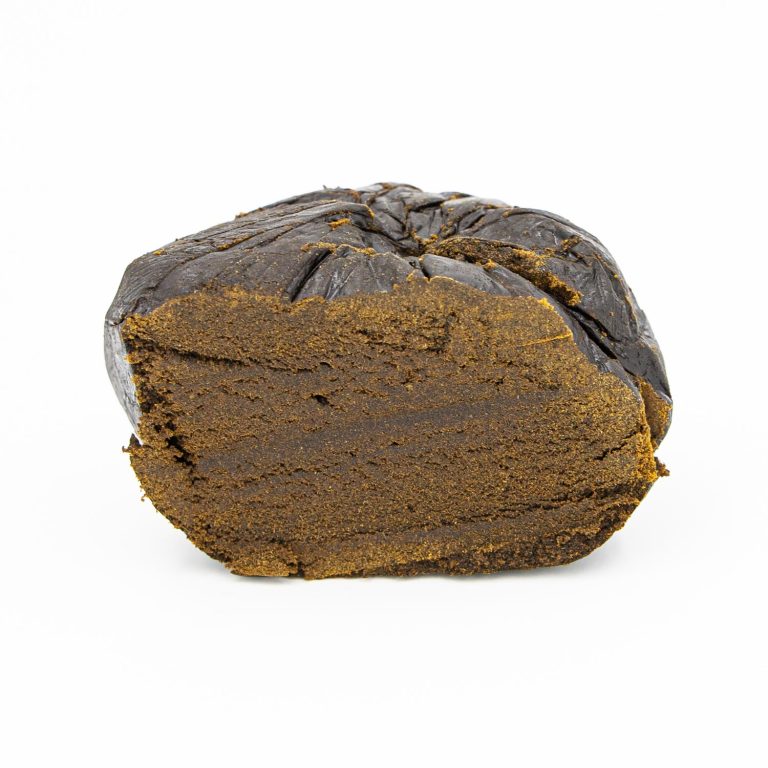 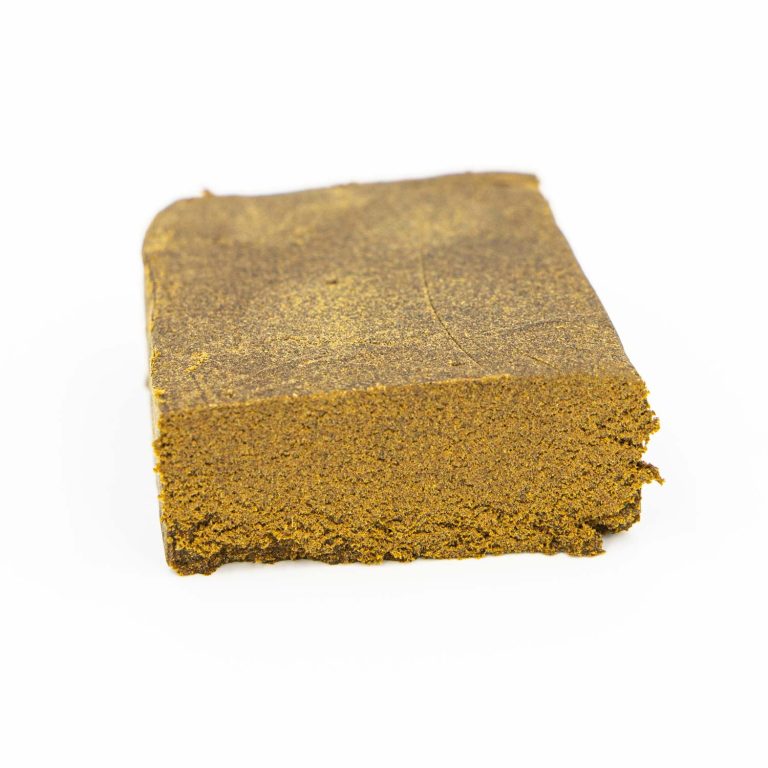 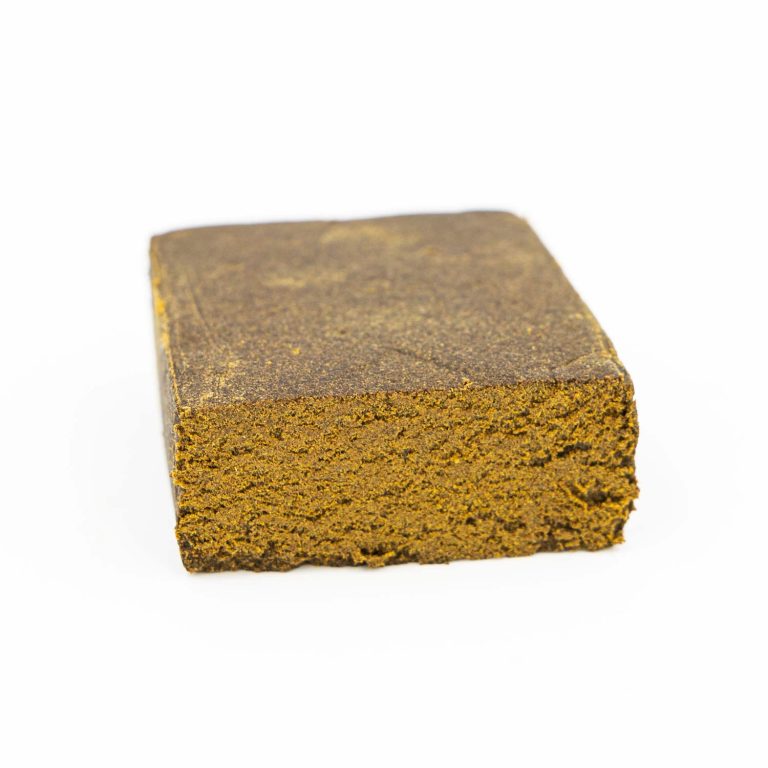 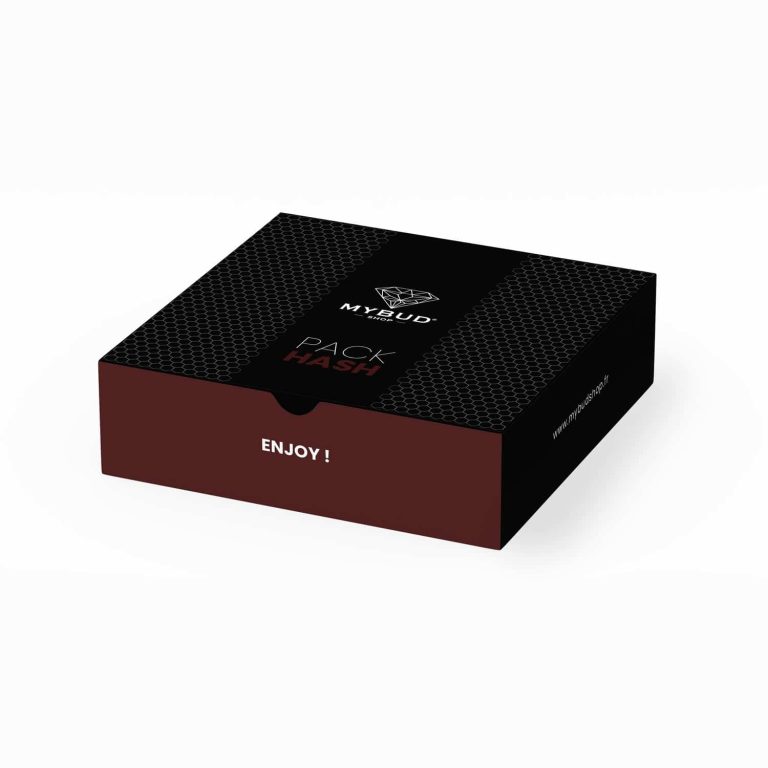 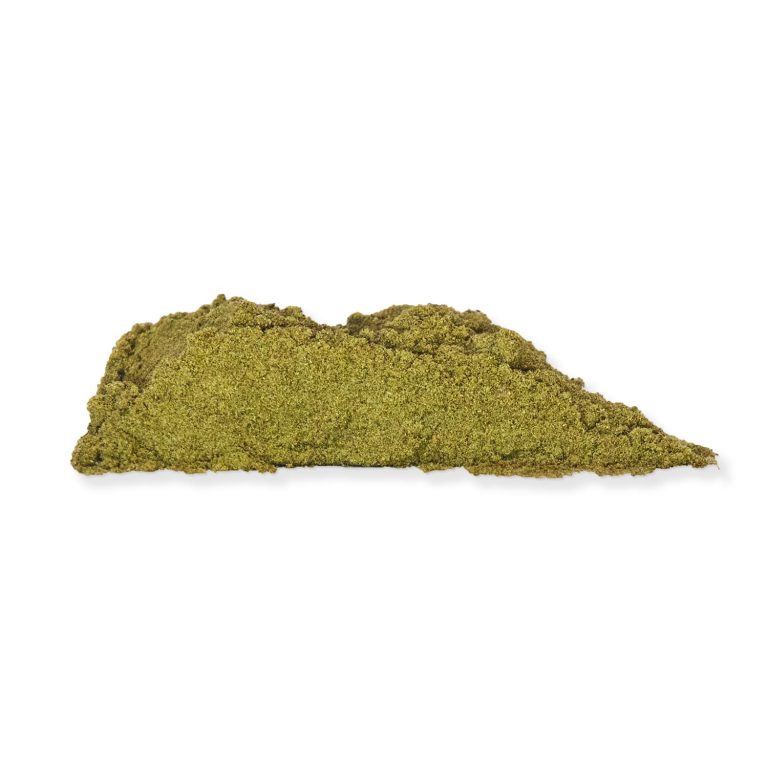 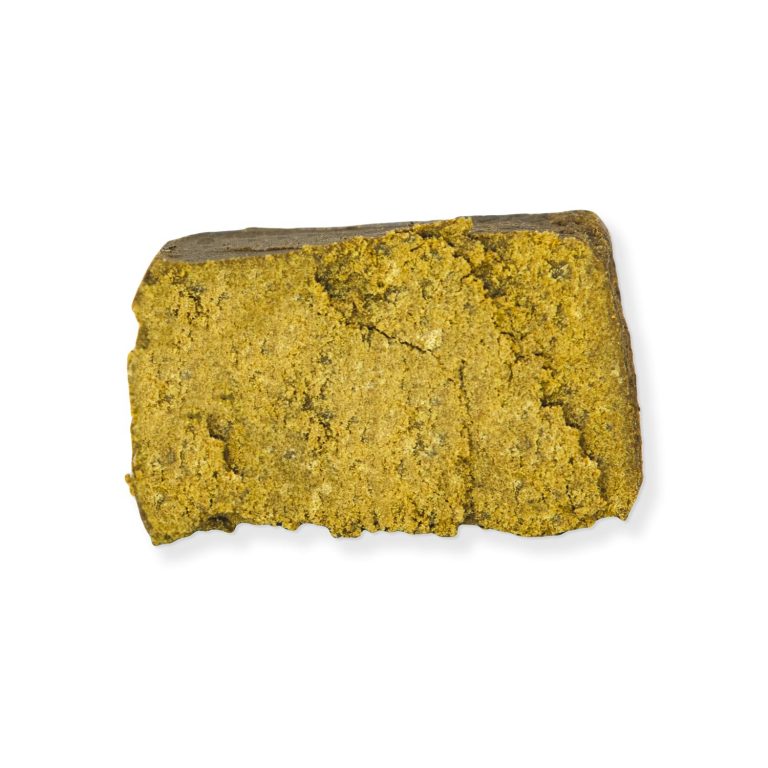 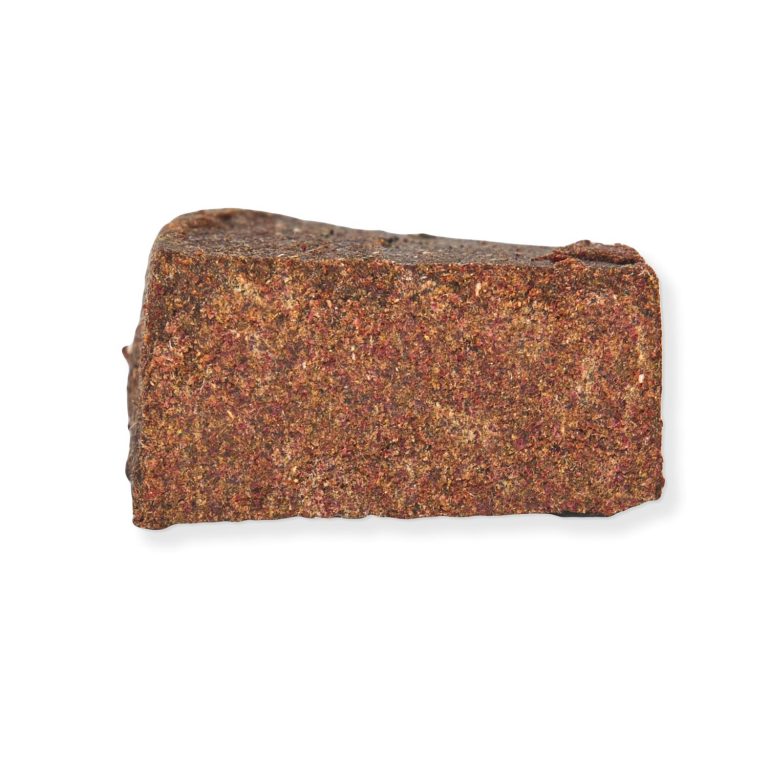 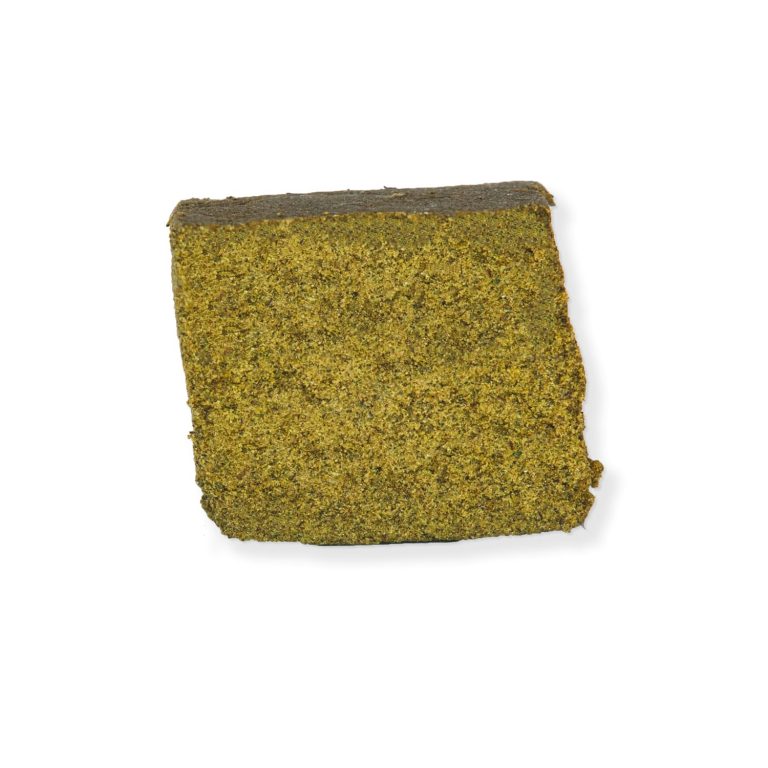 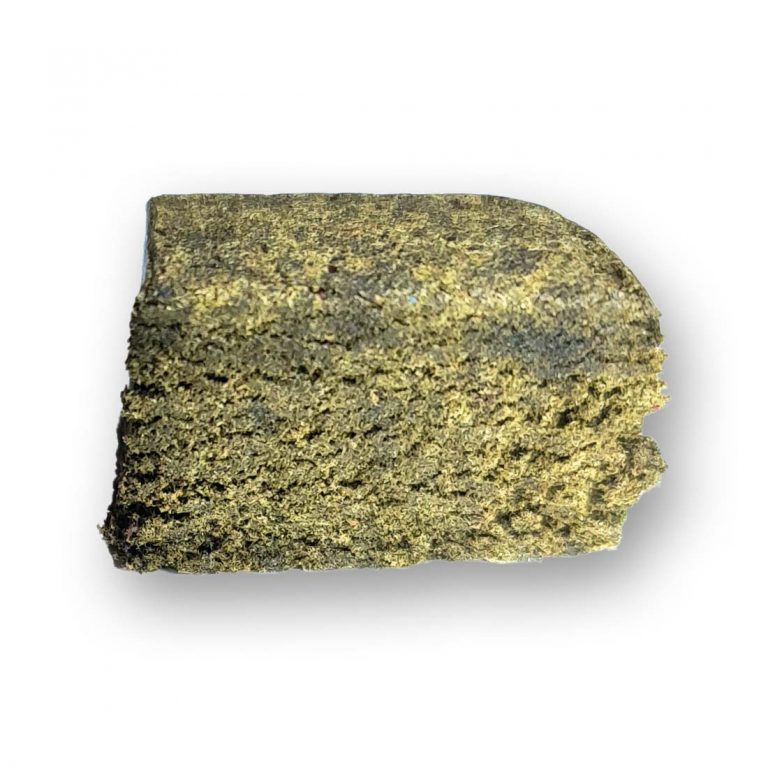 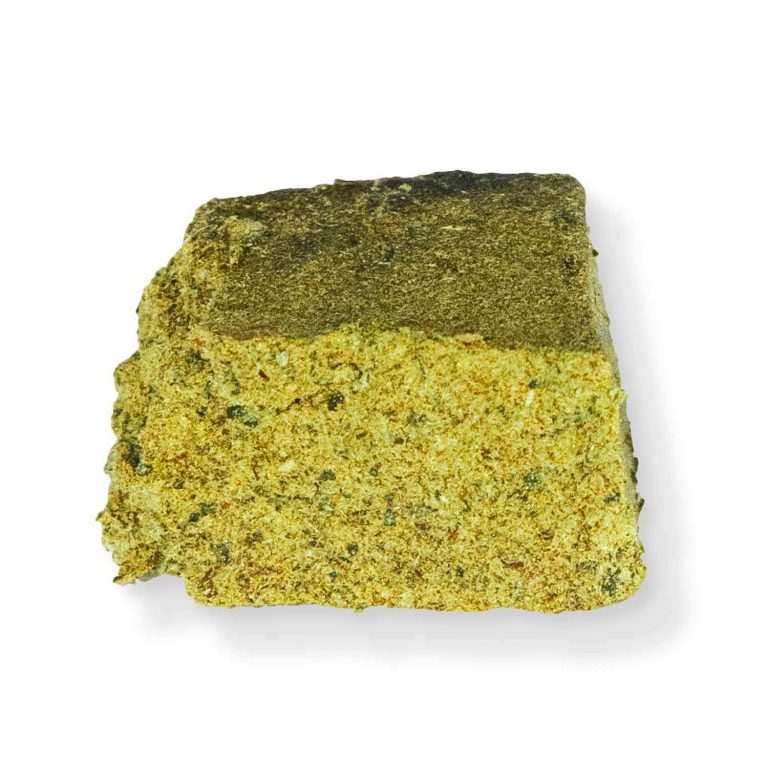 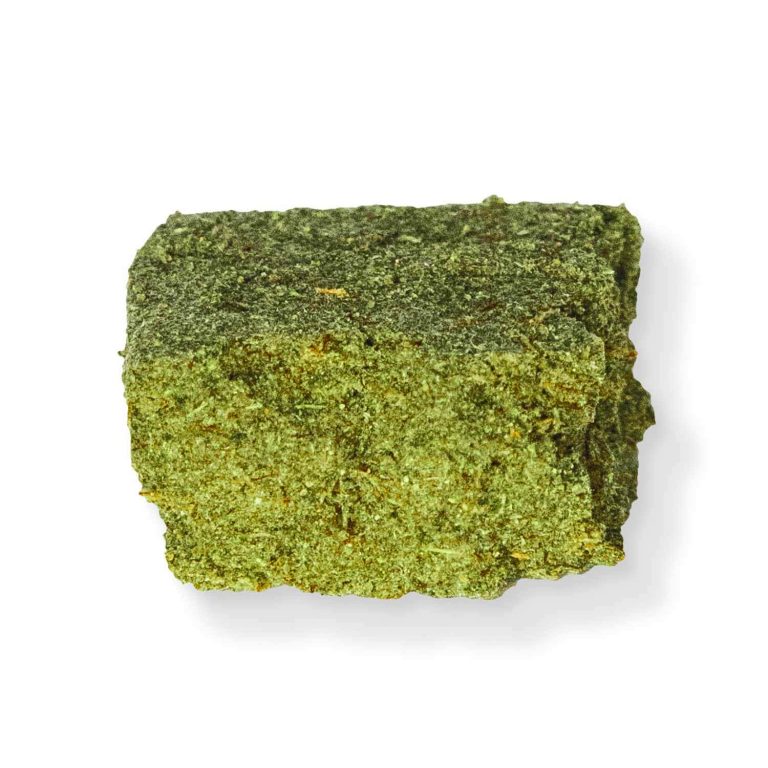 Can't find the answer you're looking for? Contact our customer support team.

What is CBD resin?

CBD resin is produced from the secretory glands of female hemp plants. Its composition is very high in CBD. To extract it from the plant, several methods exist such as drying or pressing, for example. Hemp growers use hemp pollen to extract the resin to form a ball. Like flowers, resins are differentiated by their taste, their origin of production, their concentration of CBD and their texture.

In short, the resin is a concentrated form of CBD. Obtained thanks to the extraction of trichomes, it can have several aspects. Indeed, according to the method of extraction chosen and the variety of flowers, the resin of CBD can be fat, dry, compact, sticky. Nowadays, we find resins of very varied colors (brown, green, black, orange, red). It is thus possible to find some for all the tastes!

For the most scientific among us, the trichomes resulting from the plant make it possible to preserve only the glands which contain the molecules of CBD. This reason explains why the resin is often more concentrated than the traditional flower of CBD. Discover this product with unique aromas and effects!

What are the different varieties of resins?

Hashish, hash, teuteu or even pot are all more or less slang names for what connoisseurs call cannabis resin.

The resin has a bad reputation for a fringe of consumers. Mybud Shop is here to break this negative image! Despite its detractors, hashish is a noble product. It is obtained by direct processing of cannabis plants. There are several ways to produce resin. Small summary:

All the consumers of the world have already heard about these resins. Mainly produced in the neighboring countries of India, like Afghanistan or Pakistan. The production area of this resin is located in the foothills of the Himalayas. A particular climate allows local cannabis species to flourish on mostly arid land.
But, how is Afghan produced? It should be known that originally the principal plant produced on the spot is the Mazar I Sharif. This small bush can regularly reach 3 to 4 meters high. Once harvested at maturity, in early winter. The plants are beaten to extract the desired plant particles and trichomes. There are then several variants concerning the shaping of the resin. But it should be remembered that the cannabis extracts are pressed and heated to obtain the famous Afghan resin.

Another region, another country, another culture. The plateaus of the Moroccan Atlas are known to host historically a strong cannabis culture. Culturally, the Rif region is the main producer of resin. Cannabis plants have been cultivated there for thousands of years and their resin extracted since then.
The method of manufacture and the varieties used differ greatly. The Moroccan plateaus are known to be the cradle of species with dominant sativa. The hybridization between the species is such in Morocco that the original varieties are not more identifiable. Let us return to the manufacture, once cut the plants are dried. They are then beaten through a sieve to extract fine plant particles, trichomes and pollen grains remaining in the plant. The compounds obtained are then pressed to obtain a resin known as Moroccan.

What are the effects of CBD resin?

CBD hash does not generate psychoactive effects, unlike THC. On the contrary, our customers put forward anti-inflammatory and anxiolytic properties. The CBD resin would also facilitate digestion and avoid nausea. Finally, consumers suffering from insomnia have testified that they have benefited from a more restful sleep and a faster sleep thanks to CBD resin. Indeed, the resins are known for their intense relaxing effects. In short, CBD resin is said to have the ability to balance the immune system. You will also feel more optimistic and joyful. According to our customers, CBD resin would be able to rebalance your moods and stabilize them.

Moreover, there are very few side effects with CBD resin. We still recommend that you do not exceed the maximum amount in order to avoid any drowsiness. In the same way, we advise you not to consume CBD resin before driving.

How is CBD resin made?

The manufacture of CBD resin begins with the separation of cannabinoids and terpenes. Obviously, the producer must pay increased attention to the refining of the plants chosen. Mybud Shop exchanges regularly with its suppliers to offer you only premium resins.

The extraction allows to obtain a type of pollen. The following steps consist in heating or cooling this pollen so that it takes the form of resin. It will also undergo a mechanical pressure. This moment allows to decompose certain elements and to make fuse the trichromes. It is the method of extraction chosen that will define the final appearance of the resin. The sieve and the ice-o-lator are the most known and reputed methods among the producers of resins.

CBD resin can be consumed in various ways.

This method allows you to optimize your consumption of CBD resin. You will feel its effects more quickly since the resin passes directly by your respiratory tract. We advise you to use a vaporizer to simplify this mode of consumption.

Its advantage is the speed of the effects of CBD as well as their disappearance. You can also use a vaporizer to inhale CBD.

You can add CBD resin to your dishes or herbal teas by adding a fat (coconut oil, vegetable milk or butter). This method allows to prolong the effects of CBD.

In a saucepan of about 1 liter, boil the water.
Once boiling, add the fat of your choice: honey, vegetable milk, coconut oil, etc.
Crumble your CBD resin in a tea strainer and pour into a cup.
Let it steep for 15 minutes and enjoy!

We do not recommend smoking CBD resin because it is harmful to your health.

How to consume CBD/CBG pollen?

First of all, as pollen is a rather fragile and volatile product, we advise you to close its hermetic pouch after each use. Indeed, our bags are specially designed to preserve the properties of our resins and pollens as long as possible. The main objective is that the pollen does not dry too quickly.

To consume the pollen cannabis CBD or CBG, we recommend you to :

How to store the resin?

Like other CBD products, the resin must be kept away from humidity, heat and light in order to keep its properties longer.

The legal point about resin

The legislation is the same as for the flowers, which is logical considering that the resin is produced thanks to the entire hemp plant, including its flowers. The distinction between CBD, cannabidiol, and THC, tetrahydrocannabinol, is here also the nerve of the war. MyBud Shop offers resins with high levels of CBD, making them powerful CBD hash, for a concentration of THC below 0.2%.

The balance among the cannabinoids in our resins can ensure relaxing or analgesic effects. But, no psychotropic action is caused by the consumption of resins on sale at Mybud Shop. All the products offered on our site respect the European regulations in force

Is CBD resin a drug?

The CBD hash is absolutely not considered as a narcotic substance. However, to be legal, all resins must respect a level of 0.2% THC. At Mybud Shop, all our hash is controlled and analyzed by a certified laboratory. We have the analysis of each product attesting to their compliance with the law.

Quality is an imperative

MyBud Shop has selected for you a range of resin both for their taste quality but also for their powerful CBD content. On our site you will find resins in the purest tradition of dark and fat hash. To satisfy the most demanding CBD hash consumers, MyBud Shop has also selected resins with a more vegetal aspect. Thus, the Amnesia hash, the Strawberry Hash and the CBG Hash offers a different choice to consumers.

Discover an unbeatable quality-price ratio. Indeed, our resins are issued from the best CBD flowers of the market. For any order of CBD resin placed before 5pm, we ship your package the same day. Colissimo will send you your resin within 48 hours except in exceptional circumstances. To protect your privacy, our packages are neutral and do not mention their content. We ensure you a fast and discreet delivery. The majority of our customer reviews show a great satisfaction with the flavors and effects of our CBD hash. We offer you resins from the best European cultures at affordable prices. We regularly exchange with our producers so that our products correspond perfectly to your desires and needs. In order to satisfy all our customers, we propose resins in 1, 2, 3, 5 and 10 g. All you have to do is make your choice!

Is it possible to find a powerful CBD resin?

We offer you a selection of light hash but also more powerful CBD resins. Some varieties like Caramelo Premium and Amnesia Hash reach for example rates higher than 20% of CBD.
Their aromas and intense flavours will make you discover new sensations. These hash will transport you in a moment of deep relaxation.

If you are a beginner in CBD resin, we advise you to start with softer hashes like Strawberry Hash or Yellow Hash.

Do you offer cheap CBD resins?

In order to satisfy the majority of our customers, our resin selection includes hashes at all prices. Our entry-level range starts with Yellow Hash and is very appreciated by our beginner consumers. Its acidulous flavor and its light concentration make it possible to benefit from a moment of particular relaxation. This resin is offered at a very affordable price while maintaining its excellent quality. Our goal is to improve your daily life without you spending a fortune. Sweetening your day has never been easier than with Mybud Shop!

Our tips for buying CBD resin

We invite you to pay attention to several criteria. First of all, the color of the CBD resin varies between orange, red, brown (light/dark), black and sometimes green. In addition, a good quality texture must be rather sticky. Some are more or less crumbly and malleable. Finally, the aromas and the rate of CBD are important elements to be taken into account but which depend only on your personal preferences and needs. You will see it, each resin is unique!

Is it possible to order resin in large format?

We can offer you our wholesale rates if you are a professional. We invite you to send us an email on our address dedicated to professionals:
pro@mybudshop.fr

A consultant will come back to you very quickly with our catalog.

At what age can we consume CBD resin?

As with all CBD products, we are only licensed to sell CBD resin to people of legal age. Indeed, the minimal presence of THC is prohibited to minors. In addition, CBD is also very much discouraged for pregnant women.